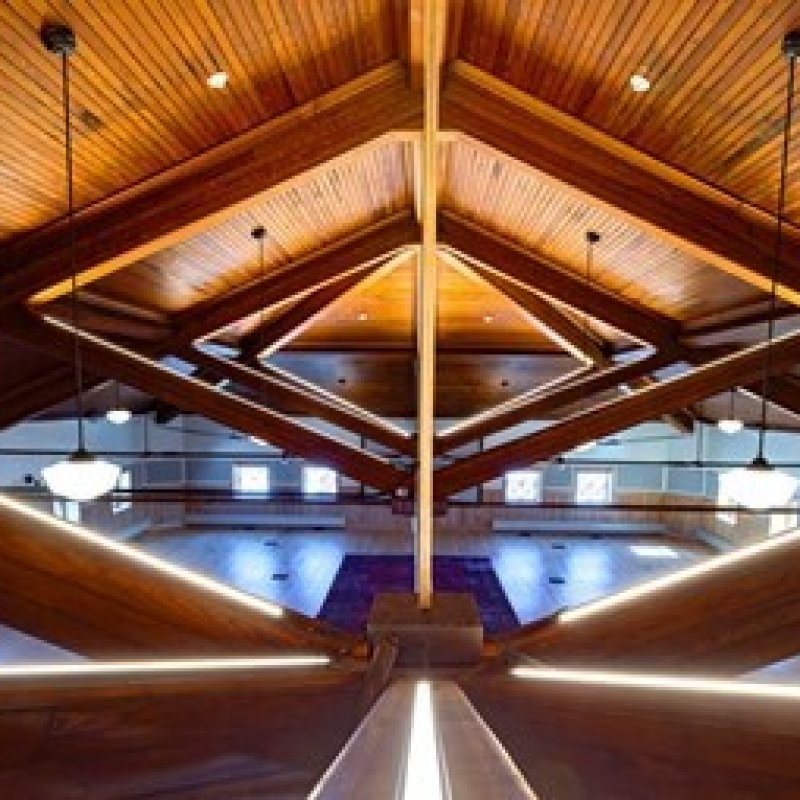 Old Main initially opened in 1896 when Clarkson University was founded in honor of Thomas S. Clarkson. The building is constructed of Potsdam Sandstone mined from nearby quarries owned by the Clarkson family, Spanish tile for the roofs, quartered oak, hard pine, and maple flooring. Previously known as the Clarkson Memorial School Building it served many purposes first housing offices; classrooms and laboratories; a chapel; machine and woodworking shops; the chemical, electrical, and mechanical laboratories and much more putting Clarkson University on the map as a prestigious technical college. It now houses a modern conference and events space on the third floor.

Clarkson University had been undergoing a 5-year campaign to renovate Old Main and Jade Stone Engineering stepped in during the grand finale phase as the MEP lead consultant role working in conjunction with Brooks Washburn architectural firm. The campaign included the revitalization of the third floor into an assembly occupancy space that could be used for large group instruction. Additionally, the space provides Clarkson’s Board of Trustees with a locale for their monthly meetings.

Project Challenges:
The main challenges were largely lighting. In order to preserve the historic integrity of the space JSE needed to reuse existing light fixture locations which proved limiting in the quantity of fixtures that we could provide. This required finding light fixtures small enough to conceal in the ceiling which could be hidden when the lights were off. We had to specify custom fixtures that had enough lumen output to make the space functional and we had difficulty locating anyone who could provide a functional light fixture to provide enough luminous output. Additionally, we had to find a creative way to remote mount the drivers for those fixtures. We were able to successfully mount them in a storage room, making them easily accessible for maintenance. The end result was that of a collaborative and impressive effort.