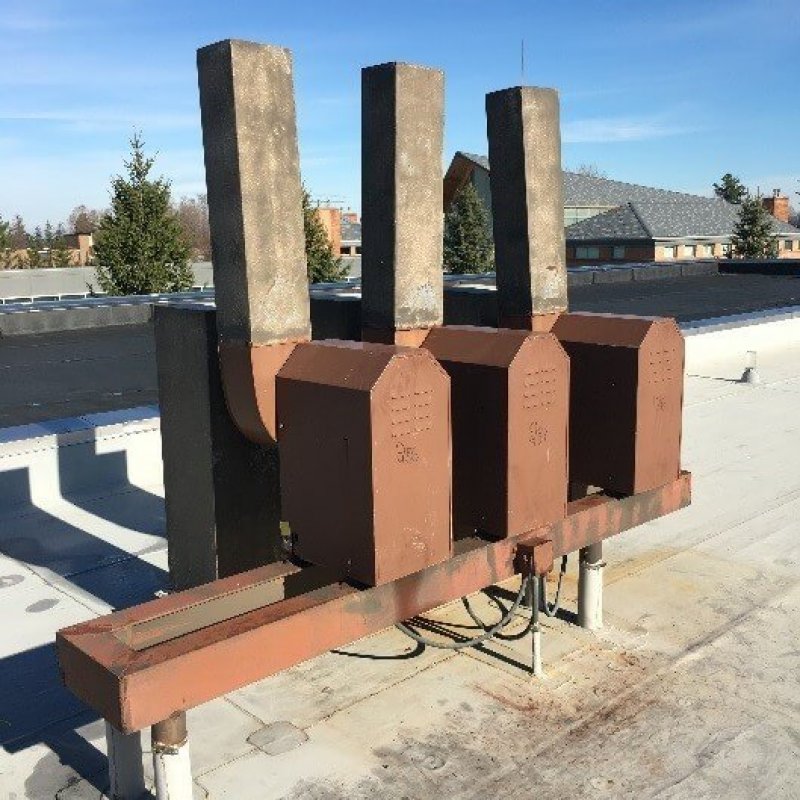 JSE provided mechanical and electrical services for this project.

Services initially included analyzing the existing systems along with the tight construction budget to determine the number of fans/hoods that could be replaced.

Keeping the tight budget in mind, several fans were consolidated to allow for small-grouped, central-exhausted systems.  Stainless steel ductwork was also used as a cheaper alternative to the PVC lab exhaust ductwork.

In addition, work included setup to allow for greater energy efficiency in the future when the make-up air side of the system is renovated.