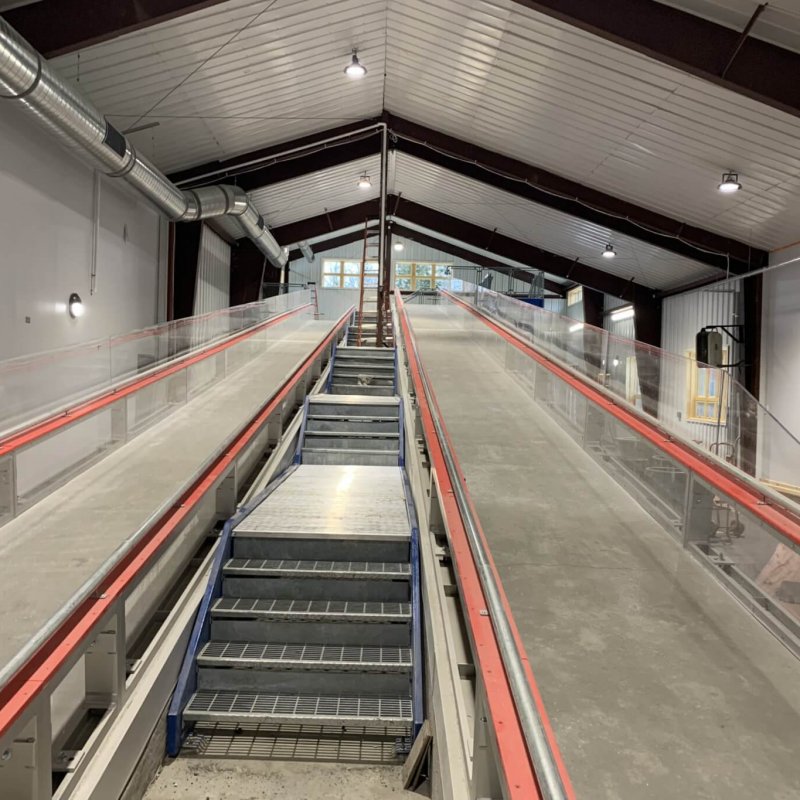 Jade Stone Engineering served as the MEP engineering team for this project.

After its initial opening in 1992, the United States Luge Association Training Complex temporarily closed its doors in early 2019 to undergo $5 million worth of improvements including the construction of two 60 -foot additions, a complete rebuild of the luge training ramps including new refrigeration lines beneath the concrete, a new air handling system to improve the quality of the ice, and the installation of new analytical technology to aid in the training of athletes.

Jade Stone Engineering served as the MEP engineering team for this project.  From an electrical standpoint, this included an all new high-efficiency LED lighting system and new power distribution equipment to handle the building’s expansion. JSE worked in coordination with Lake Placid Electric Utility Company to relocate the transformer outside to accommodate the building addition.  We introduced a highly functional cable tray, conduit, and raceway system to provide the luge team with a flexible, organized means of cable management for their tracked timing system.

A major accomplishment was the mechanical team bringing the Munters unit back online which maintains the space’s temperature and humidity in order to maintain the integrity of the ice. It also allows for the team to recreate ice conditions in different parts of the world which is essential to training. Another challenge for the project team including the architect, refrigeration consultant, and constructional engineer was the coordination for the pouring of the concrete due to the slopes and angles of the track.