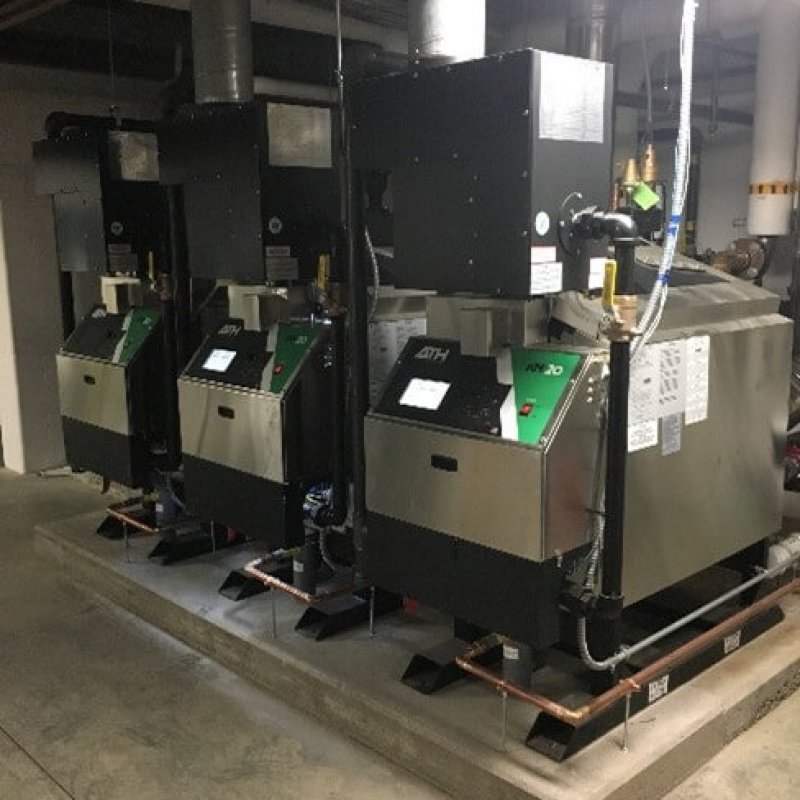 JSE was called in to initially investigate the cause of a number of boiler failures associated with the domestic water system at the Convocation, Athletic Recreation Center. After our investigation was completed there was an unexpected failure of the remaining boilers leaving the building without domestic hot water. Our engineering team mobilized and performed a design for a complete replacement of the existing system for the purpose of completive bidding within three weeks. Project was estimated to be around $40,000 and came in at $38,000. JSE worked with local vendors to finalize construction cost estimates to ensure funding was adequate for the replacement. Our team completed the replacement of three (3) existing 2,000,000 BTU boilers.

JSE worked closely with Canton staff to choose a boiler system that was reliable as well able to provide the facility with the highest efficiency possible along with a realistic phasing plan.    The current system was replaced during the heating season.